The 19-year-old scored five goals and assisted two others in 35 Championship appearances for The Reds last season. And he will be hoping to better that tally wearing another shirt this term.

Blackburn have also been handed the option to purchase the player on a permanent deal in January.

“Nottingham Forest can confirm that Ben Brereton has joined Blackburn Rovers on an initial loan deal, with an option of this becoming a permanent transfer when the transfer window opens on the 1st January 2019,” Forest announced via theirofficial websiteon Tuesday.

Forest manager Aitor Karanka had previously stated that the club would be looking to sign a replacement if the teenager left. 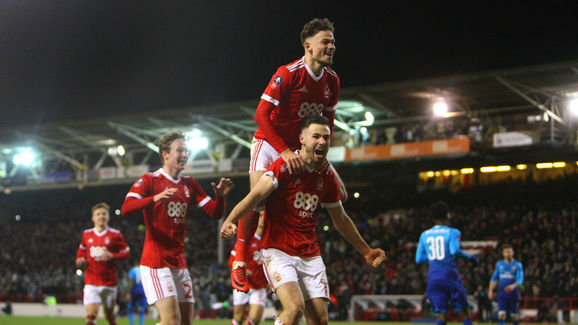 And Jermain Defoe, Rudy Gestede, Tammy Abraham and Nelson Oliveira are all thought to be targets for the ​Championship side.

“Yes, I think (he will be replaced),” Karanka said, viaNottinghamshire Live. “But it is not a priority. I said always that I have a very good squad, I have more than one player in every position.

“We have Lewis Grabban, we have Daryl Murphy and we have Hillal Soudani who can play there as well,” said Karanka. “We have players in the academy who can play and who were with us in pre-season. So let’s see.”